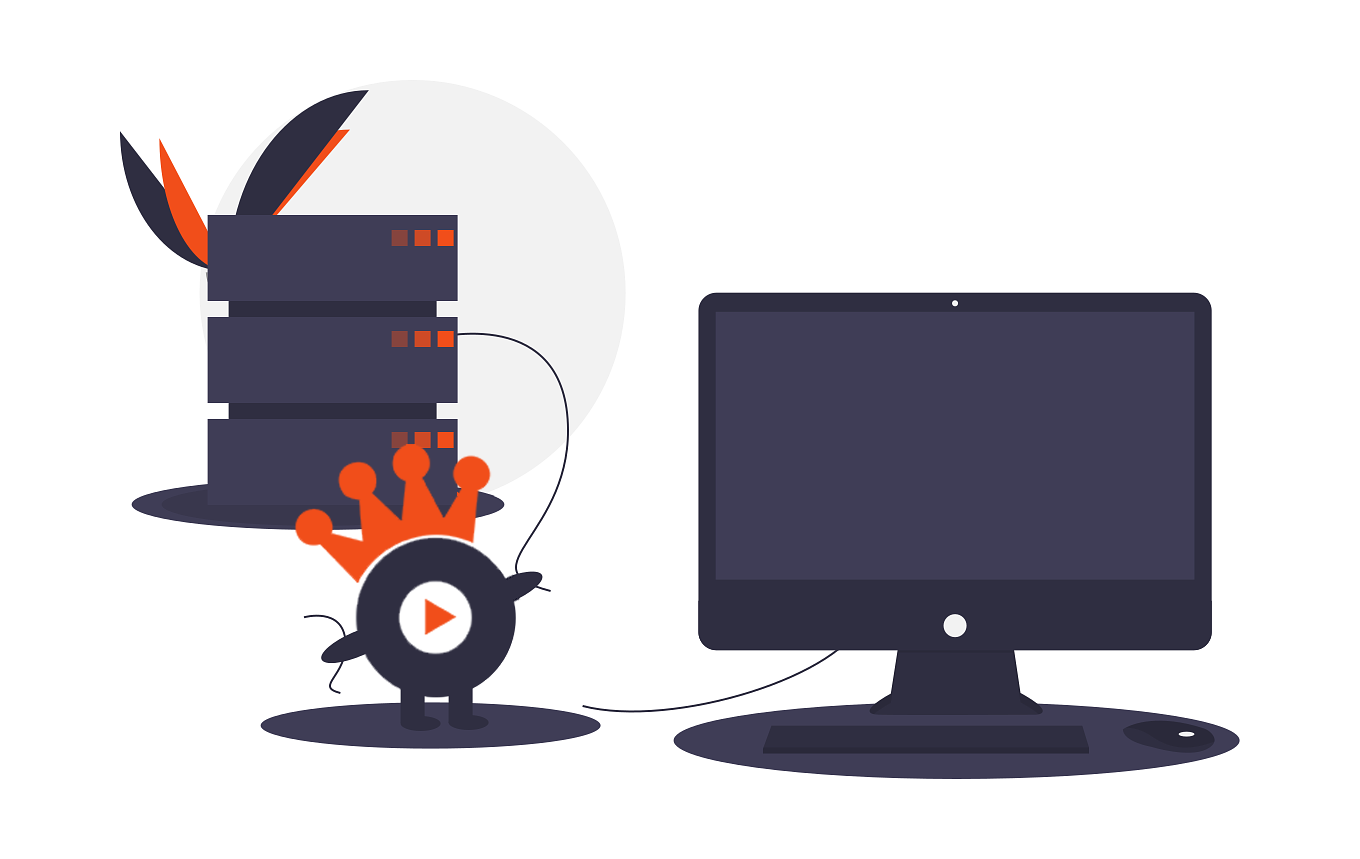 At the end of this course, you’ll know everything you need to know about:

What is an Internet radio station?

The very first Internet radio station to broadcast online was called “Radio HK“. It was created in February 1995 and was already broadcasting 24 hours a day like most of the current radio stations. Of course, the technology used then was different and more complex than the one that exists today. The Radio HK team used an audio conferencing software (CU-SeeMe) to broadcast the music from a CD that was running in a loop. Radio HK was then one of the first to adopt the RealAudio servers published by RealNetworks and its famous RealPlayer (major throwback to the 2000s).

During the mid-2000s, the number of Internet radio stations increased constantly. More and more households got an ADSL connection and a handful of individuals took advantage of this new medium to address their communities on various topics (video games, news, music, etc.). The democratisation of this new format moved up a gear with existing FM radio stations, who saw this new channel as a way to accompany their listeners on new media. Over the years, other entities such as companies, the media or associations seized this medium to diversify themselves.

The first category includes all the traditional radios that now broadcast on terrestrial (FM) or digital terrestrial (RNT / DAB+) radio waves. They practice what professionals commonly call “simulcasting”. To simplify, they simultaneously broadcast the same thing on the air and on the Internet. This makes it possible to listen to these radios without having to equip yourself with a reception station adapted to terrestrial hertzian or digital waves. It is commonly said that this FM radio broadcasts its stream online.

The second category includes all independent or thematic radio stations that do not broadcast on terrestrial radio or digital waves. These radios broadcast exclusively via the Internet. You can listen to these radios on their websites, their mobile applications, connected speakers, listening directories, Internet provider boxes and even in connected cars & TVs.

Traditional radio stations are now all looking to broadcast on the Internet to follow their listeners, who are are increasingly adopting online listening. It should be noted that some independent online radio stations supported by their listeners and fundraisers are looking to broadcast on terrestrial (FM) or digital terrestrial radios (RNT / DAB+) to attack traditional radios.

How does an Internet radio station work?

Nothing. An Internet radio station works very much in the same way as an FM station. Every day you will have to imagine a programming that will be divided into 24 time slots (one day) with what is called a broadcast schedule or scheduler. It is often a software that will automatically manage your diffusion for you according to what you have planned. This can be an automation software (on your computer) or a radio manager in the cloud that will take care of the automation of your radio (even if your computer is turned off).

Once your programming is in place, you can focus on the most magical part of your Internet radio station, the live broadcast. Live broadcasting is an important part of your Internet radio, which is why it is important to choose your broadcasting software carefully. This software will allow you to speak live on air whenever you want or need to. Once the software starts and you are ready, everything you say in your microphone will be broadcast via your listening link. Your live feed will then temporarily replace the current programming that’s being broadcast automatically.

Live, Automatic or both?

Finally, it doesn’t take much to start your own Internet radio station. A computer, a radio hosting provider and talent (which you obviously have). Below are three diagrams to help you understand how it all works AND find which one will meet your needs:

The setup above will meet the needs of a radio host who does not want to do live broadcasts. He/she will prepare his/her content on the computer and program it in the Radio Manager. Once that’s done, he/she can turn off the computer. The Radio Manager will be responsible for sending the programming to a dedicated radio server and playing it for the radio host. The radio server will then execute the programming dictated by the Radio Manager and make it available to listeners via the radio listening link.

The setup above will more specifically meet the needs of an FM radio (or radio host) that only wants to (re)broadcast live. To do this, he/she simply needs to retrieve access to the radio server from the hosting provider in order to send his/her stream via an encoder (or broadcasting software) to the radio server. The hosting provider will then retrieve the feed and make it available to listeners via the radio listening link.

The setup above will meet the needs of a radio host who wants to play on both levels: automatic and live. He/she will prepare all his/her content on his/her computer and program it in the Radio Manager. Once this is done, he/she can turn off the computer. The Radio Manager will be responsible for sending his/her programming to a dedicated radio server and playing it for him/her. He/she can also take control of the programming whenever he/she wants or needs to, and replace it with a live broadcast. To do this, all he/she has to do is launch his/her broadcasting software with the access codes of his/her radio server to be live on air. As you now know, the live broadcast will replace the programming and will only resume at the end of your program. In both cases, the radio server will execute the choice of the radio host and make the result available to listeners via the radio listening link.

Why start an Internet radio station and how much does it cost?

Why start an Internet radio station?

The Internet allows online radio stations to go further than certain radios that are blocked by radio waves and allows you to move away from overly commercial and formatted music programming. More accessible and much less expensive than major traditional radios, it will not require heavy investments. Internet radio stations will also allow you and some of your hosts to make a living from it, so why not embark on an adventure and live your dream?

How much does it cost to start an Internet radio station?

How much does it cost? That will all depend on your project and your ambitions.

The first investment will be a radio server that you will acquire from a specialized host. You can count between $20.00 and $120.00/month. (RadioKing offers three offers depending on your project).

The second investment will be your copyrights. They will depend on your project, the content and the turnover achieved with your Internet radio station (we will talk more about this in another lesson). If paying a music license seems daunting, it is also possible to play royalty-free music and avoid it.

Finally, the third and final investment is the radio studio. You can also add the equipment (mixer, microphones, cables) between $100 and $400 to your budget (we will talk more about this in another lesson).

We’ve reached the end of this first course, thank you for reading! We hope you enjoyed this course and that it provided you with answers to your questions before starting your Internet radio station. You now have the keys in hand to move on to the next course… So go ahead!

Ready to create your own Internet radio station?

Enjoy our free 7 day demo and create your radio easily with the Radio Manager.
No commitment, you can cancel at any time.